It was established in 1979 as Dongjuk Co., Ltd in South Korea.
In 1983, it was awarded the “Promising Medium and Small Business Award” by the Industrial Bank of Korea.
It changed its name to Tanhay Co., Ltd in 1993.
In 1994, he received the “Corporate Connected Technology Research Center License”.
In 1996, ISO 9001/9002 certification – Korea Quality Foundation (KSA-OA) and “K” mark certification – Korea Academy of Industrial Technology.
In 1997, it received the [CE] Mark certification.
In 1999, Tanhay Pneumatic Engineering Co., Ltd. The company name is “TPC Mechatronics Co., Ltd.” has been changed. Achieving the Grand Prix Award in Efficiency (Information Technology division) – the Ministry of Commerce, Industry and Energy Award, recognized as an excellent company in improving efficiency
In 2002, the foundation of the Tanhay Chupungnyeong factory (F.R.L) was laid.
Opening of the Chupungnyeong factory (F.R.L) in 2003 and celebrating the 30th anniversary of the company’s founding.
TPC China was established in 2007 and its factory became operational in 2008.
In 2010, it established its second factory in Incheon and China.
In 2012, the operations of the Incheon TPC Mechatronics first factory were expanded.
Beijing Tanhay Corporation was established in 2015.
In 2016, a partnership was established with Stratasys, a manufacturer of 3D Printers and 3D Production systems. 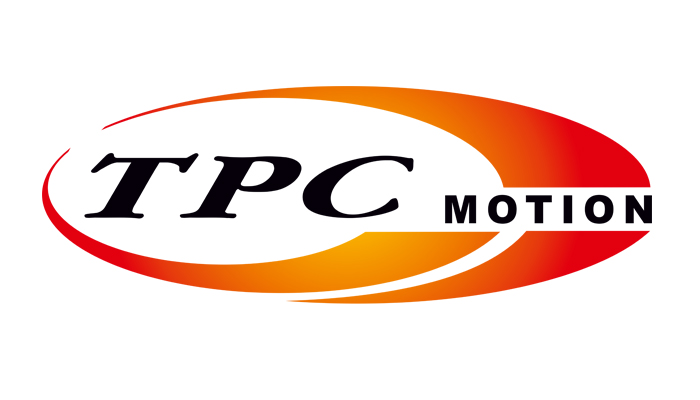 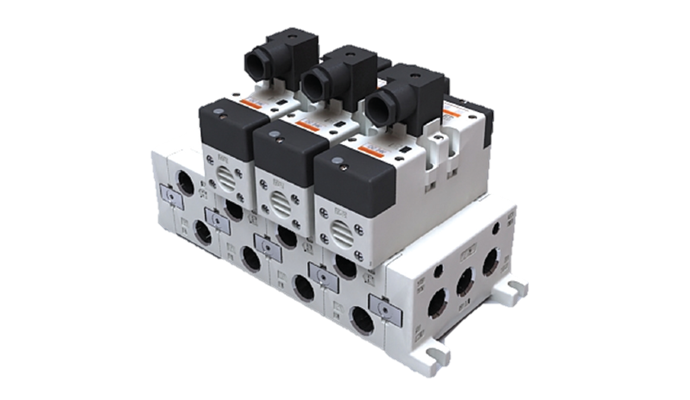 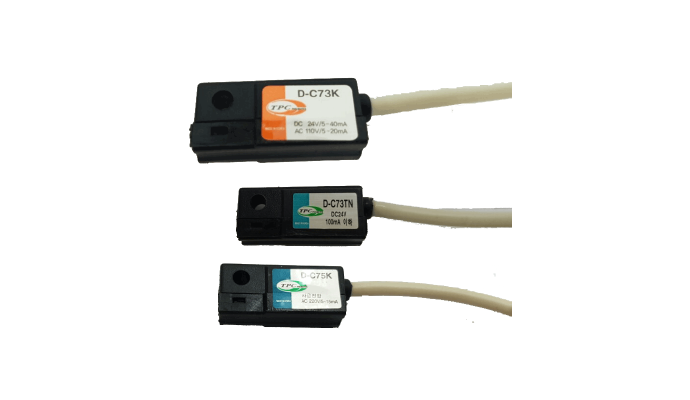 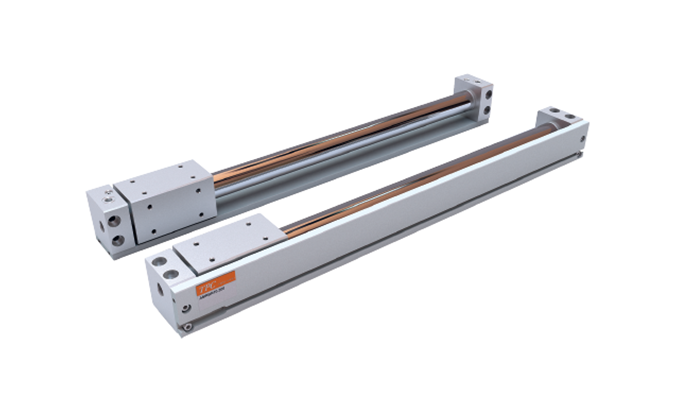 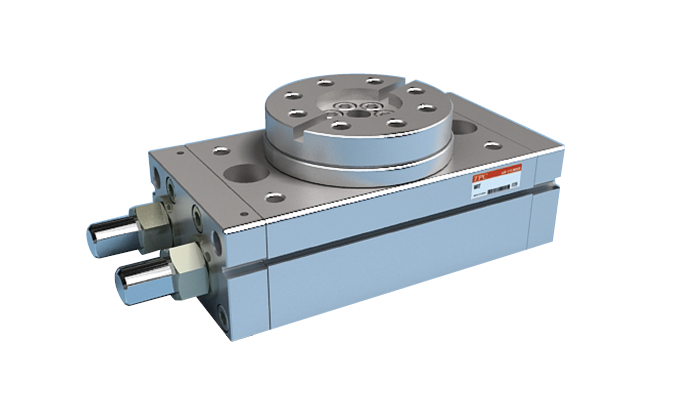 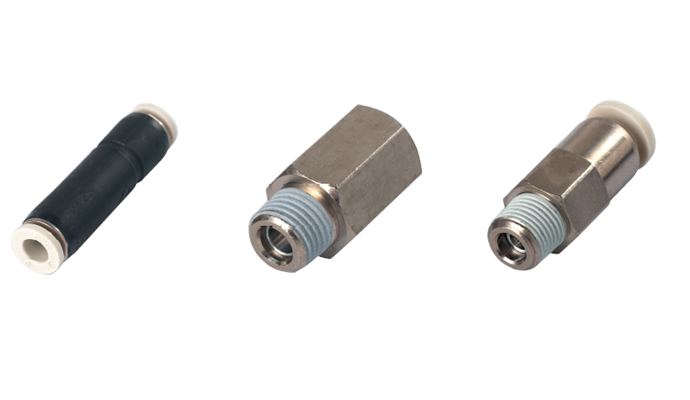 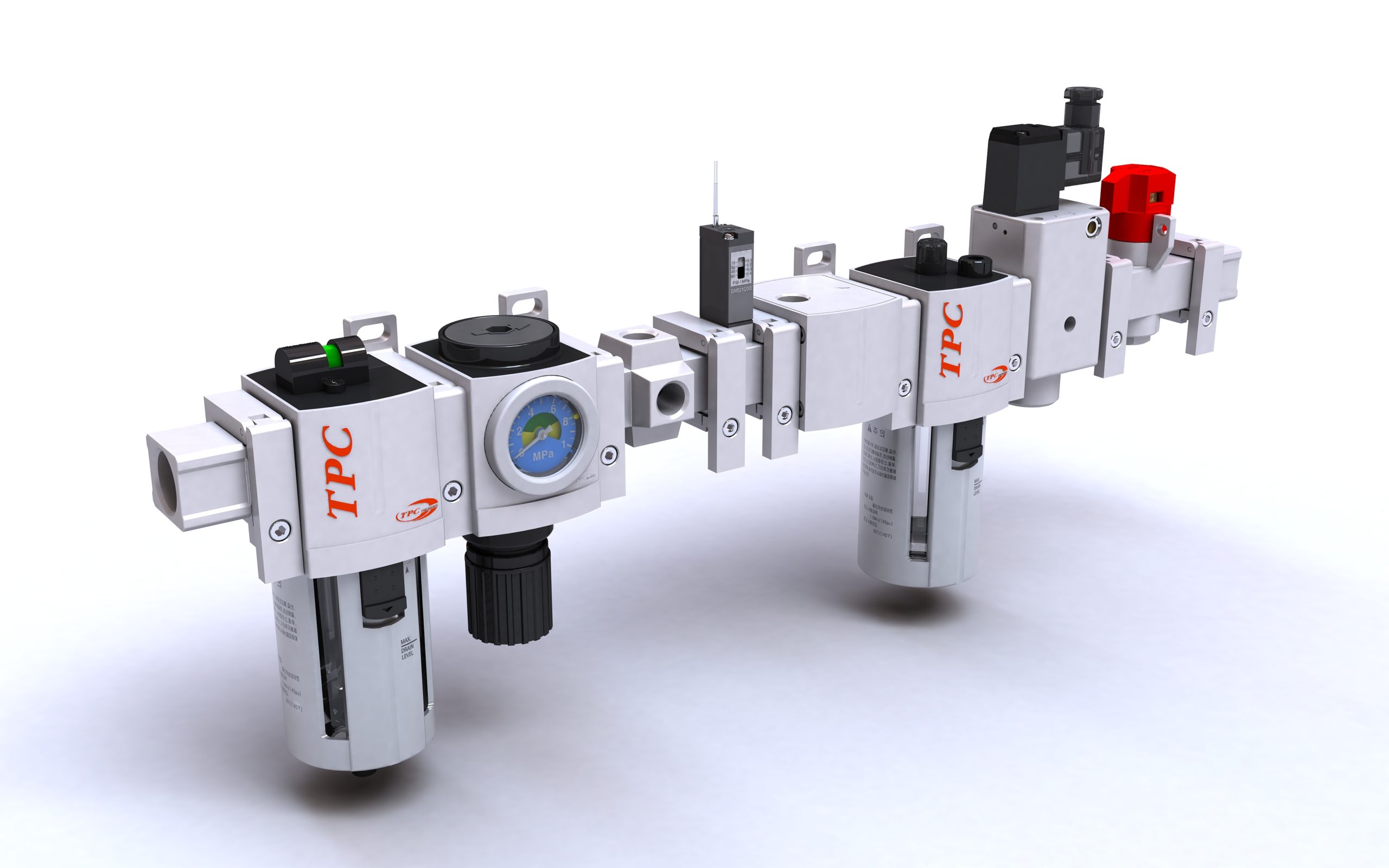 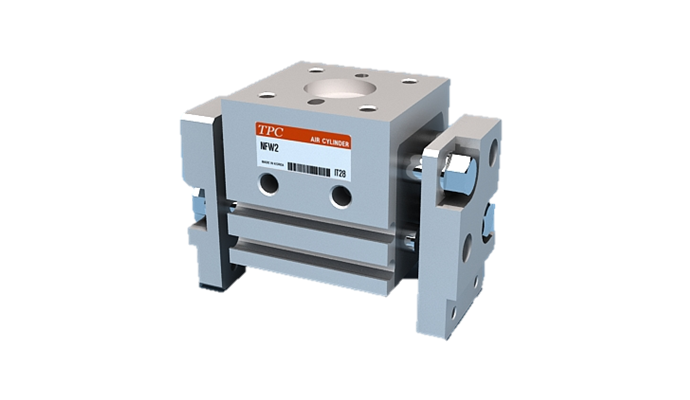 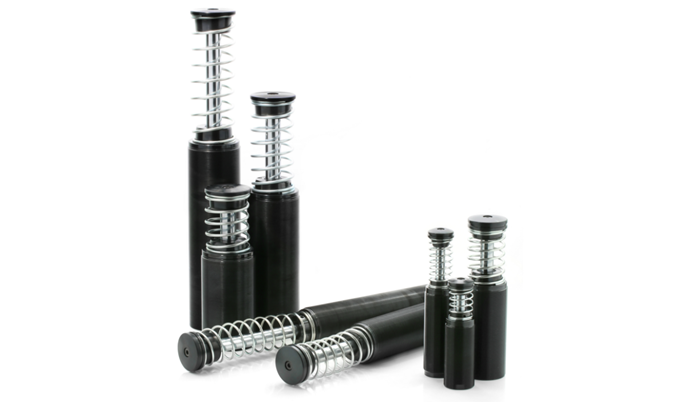 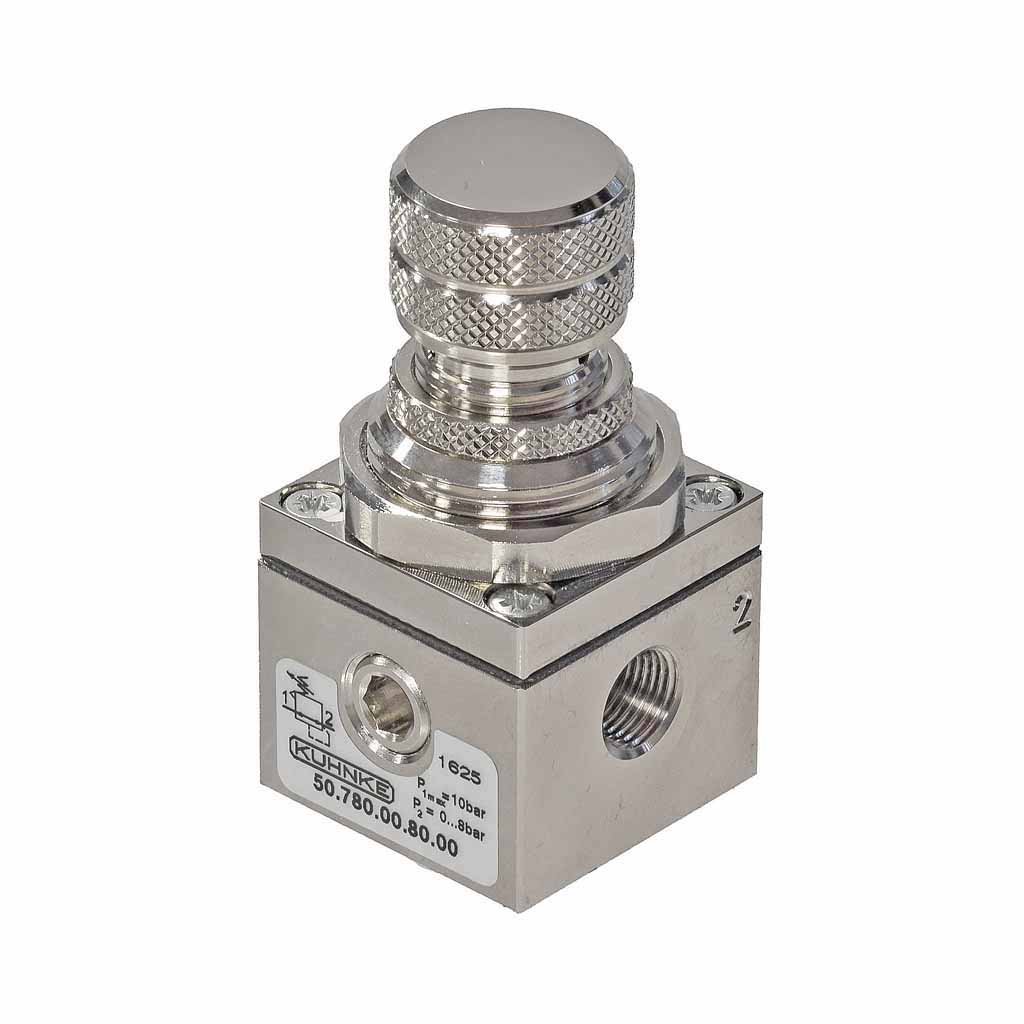 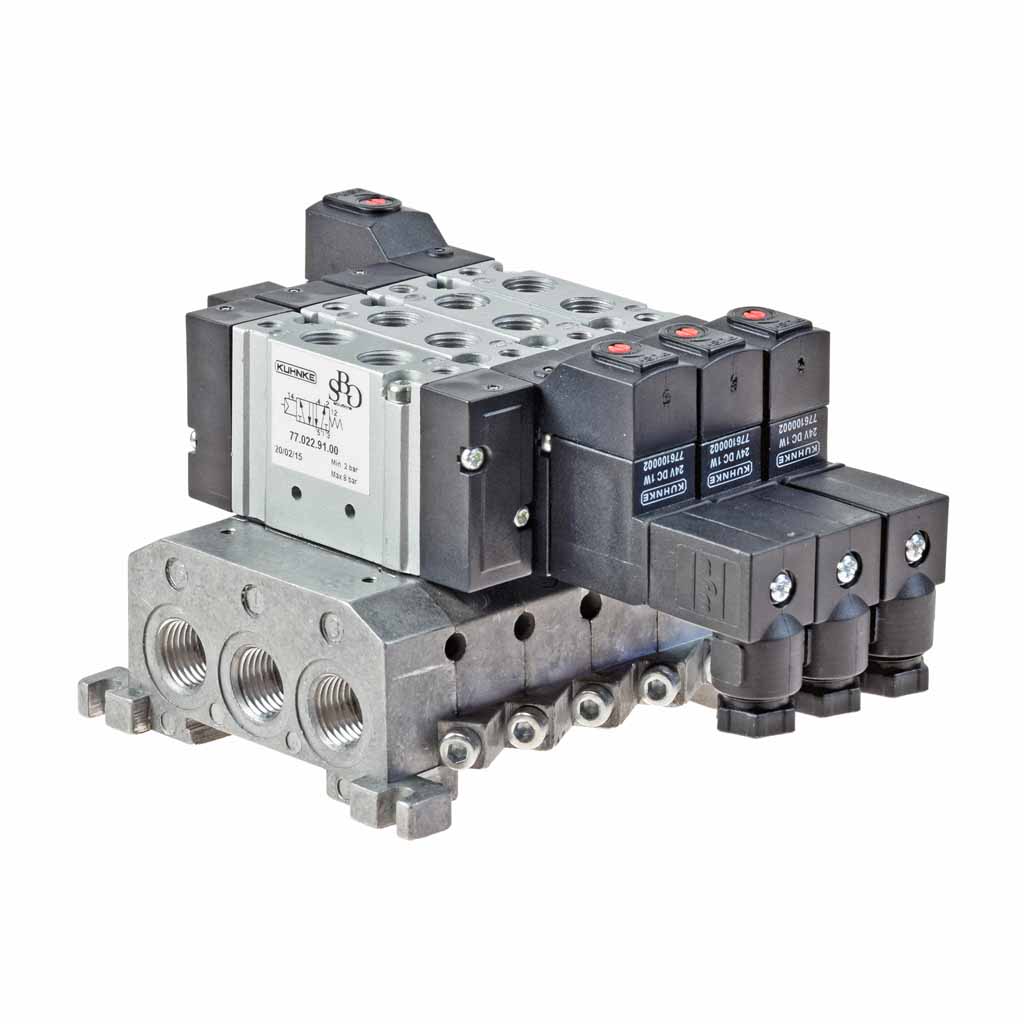 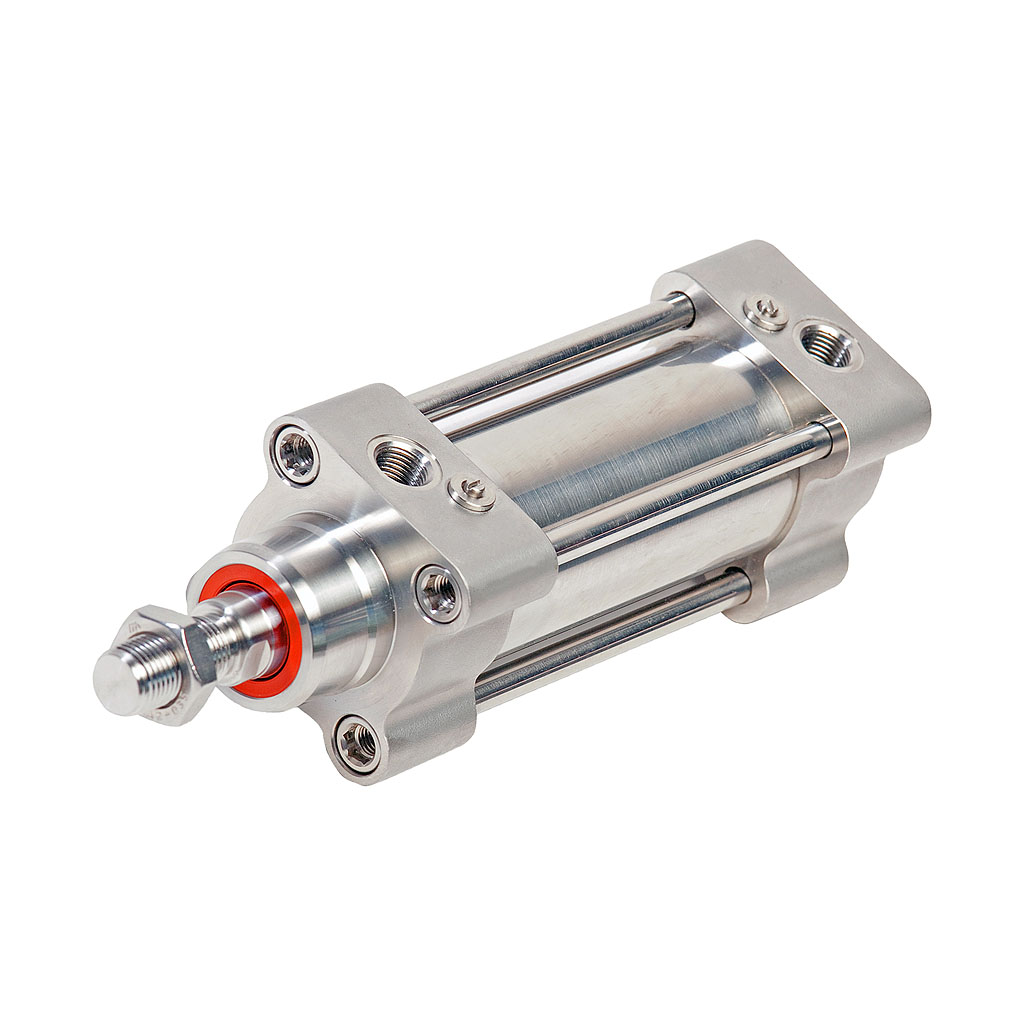 Year 1911. Wilhelm Binder and business partner Rudolf Moog from Germany founded W. Binder company. It buys Moog in 1913 and moves to larger facilities.
In 1920, Binder combined electromagnetic induction with the sensitive components of his company, shifting the company’s focus to electromagnetics.
In 1938, a revolutionary magnet for aircraft hydraulics was developed. After World War II, the company invests in completely rebuilding the dilapidated Binder factory and then relocates to its new facilities in 1951.
In 1997, the Binder Group was acquired by Dutch ‘Schuttersveld N.V.
Hahn Magnet was acquired in 1999; It specializes in the development and manufacture of solenoids, especially door locking and security technology. The company was established in 1952.
Thoma Magnettechnik was acquired in 2000; Shift-lock and holding solenoids company founded in Germany in 1965. Currently part of Kendrion’s Industrial Actuators and Controls unit in Donaueschingen.
In mid-2001, the name “Schuttersveld” was rebranded as “Kendrion”.
Kendrion Suzhou was acquired in 2005; It specializes in electromagnetic components such as solenoids, clutches and brakes for both Automotive and Industrial segments.
Linnig Antriebstechnik was acquired in 2007; Established in 1971, the German company specializing in electromagnetic fan clutch for buses / coaches has since 1978 developed technologies for electromagnetic propulsion applications of commercial vehicles at the Markdorf plant, now part of Kendrion’s Automotive business unit.
Acquisition of Tri-Tech, LLC in 2008; The first Kendrion factory in the USA to focus on custom electromagnetic design in Mishawaka, Indiana.
Magneta GmbH & Co KG was acquired in 2010; It continues to develop, manufacture and supply electromagnetic clutches and brakes since 2010.
FAS Controls was taken over in 2011; Located in Shelby, North Carolina, USA, FAS Controls operates in the automotive and truck market and supplies high-quality electromagnetic valves in addition to pressure switches and lighting modules.
Kuhnke Automation was acquired in 2013; Kendrion Kuhnke Automation specializes in pneumatics, control technology and electric solenoids and is headquartered in Malente.
Its most important markets are mechanical and apparatus engineering, medical and analysis technology, aircraft interiors, as well as power generation and transportation. Industrial Actuators and Control focuses on the development and supply of highly innovative and technologically sophisticated products for these specific markets.
INTORQ GmbH & Co KG was acquired in 2020; INTORQ is a German market leader in cutting-edge spring brakes. Founded in 2005, the company has production sites in Aerzen (Germany), Atlanta (USA), Shanghai (China) and Pune (India). 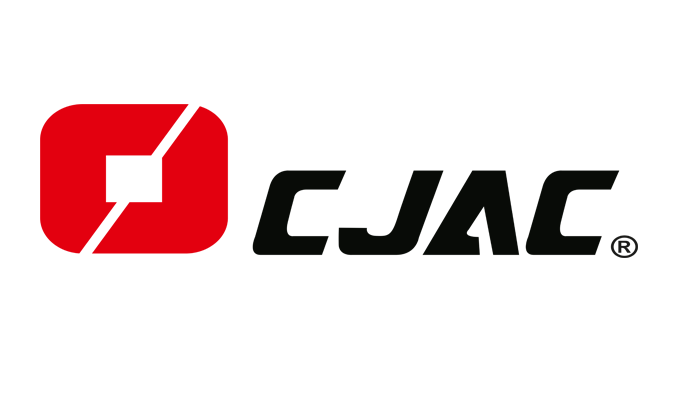 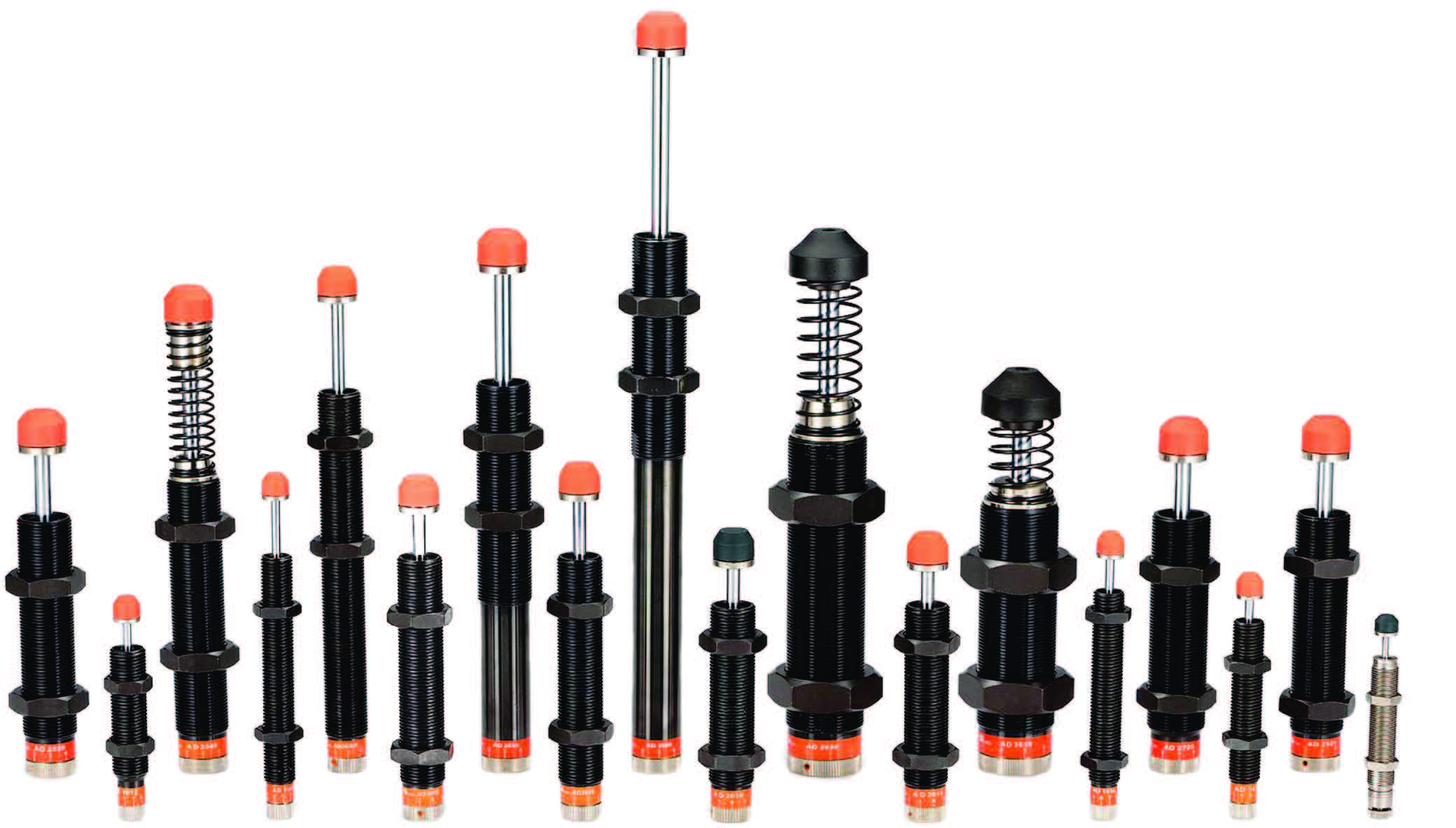 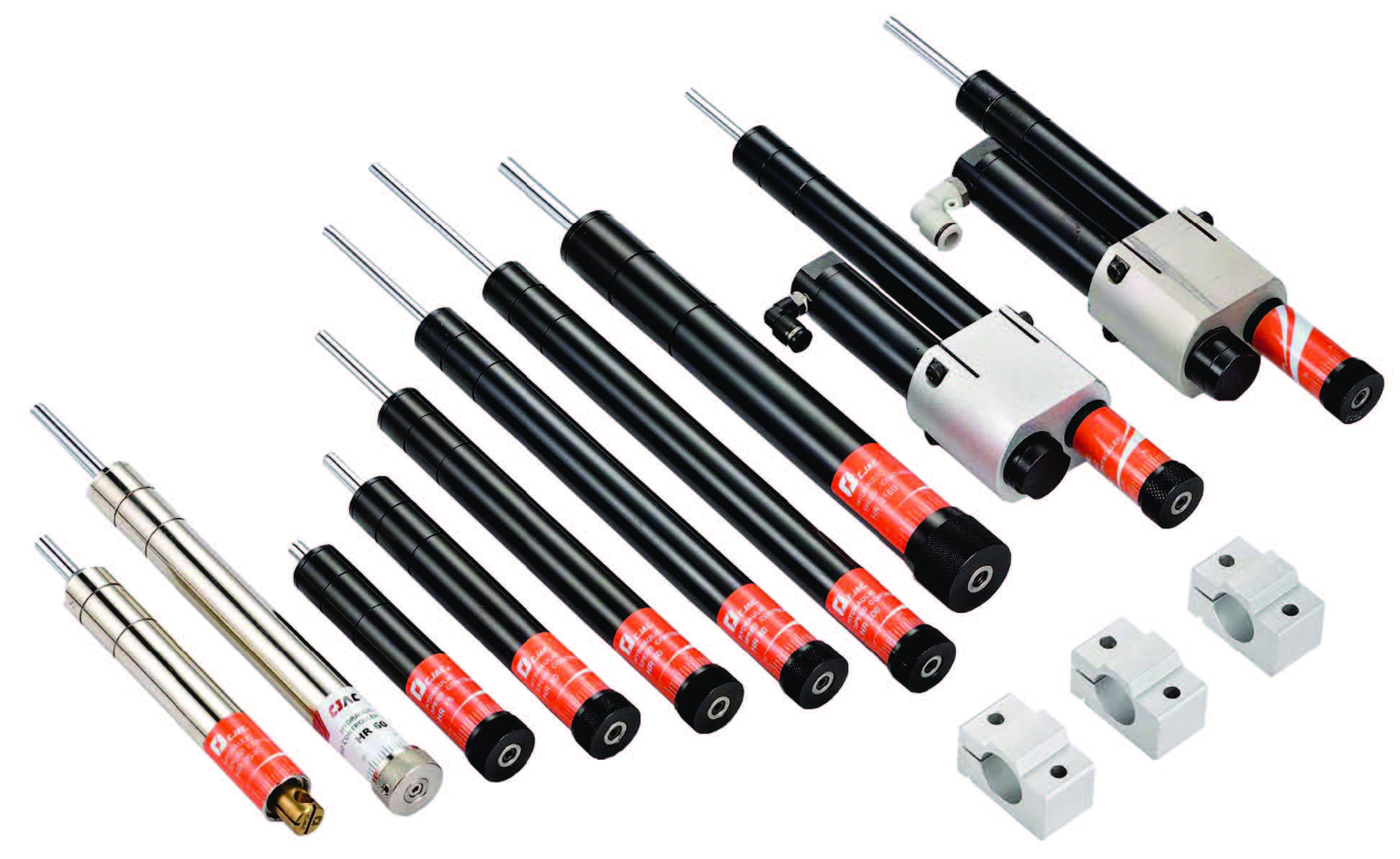 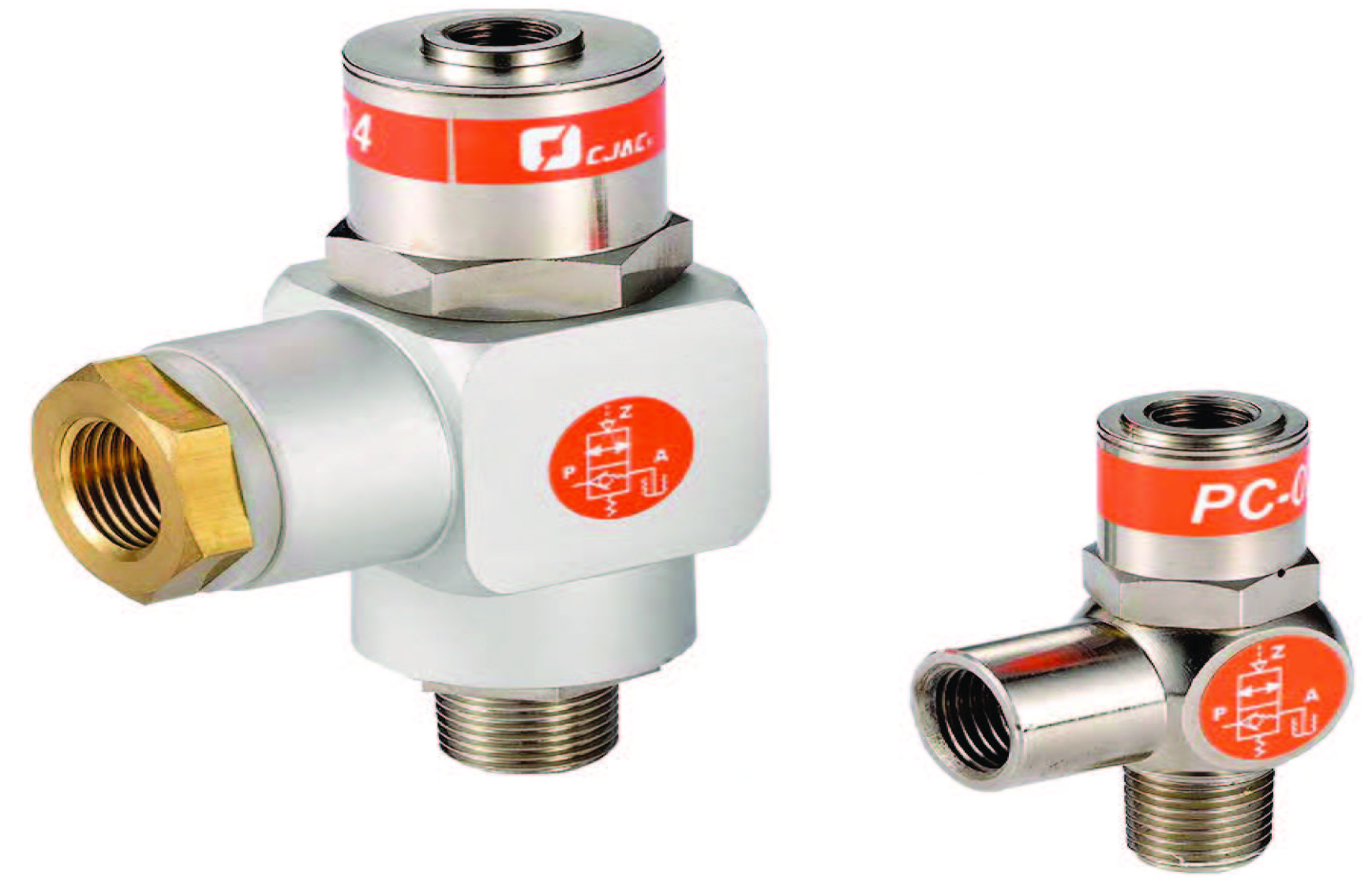 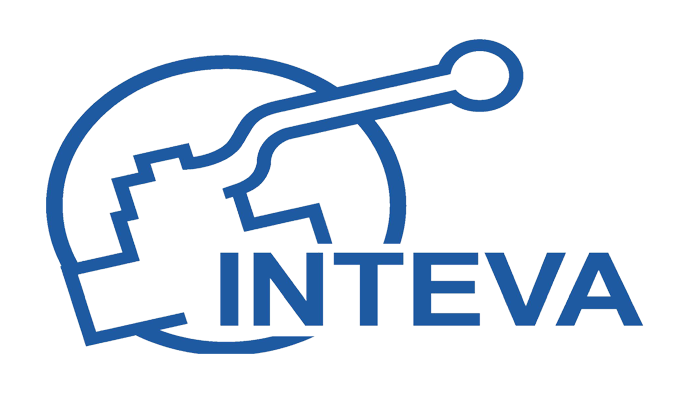 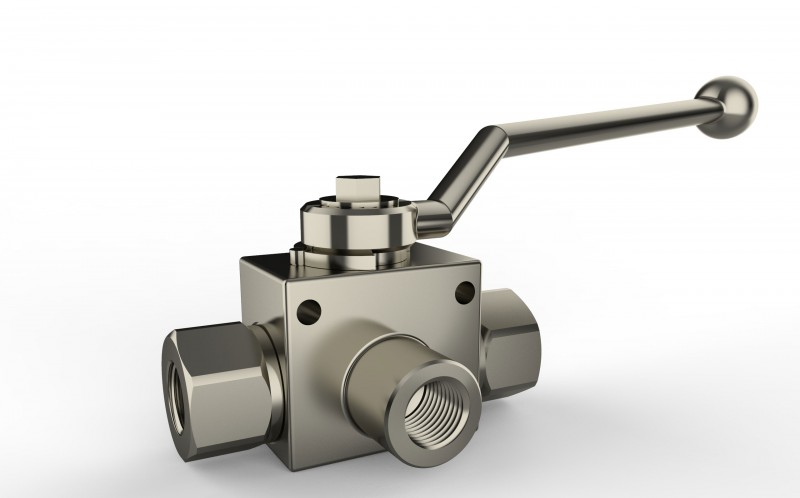 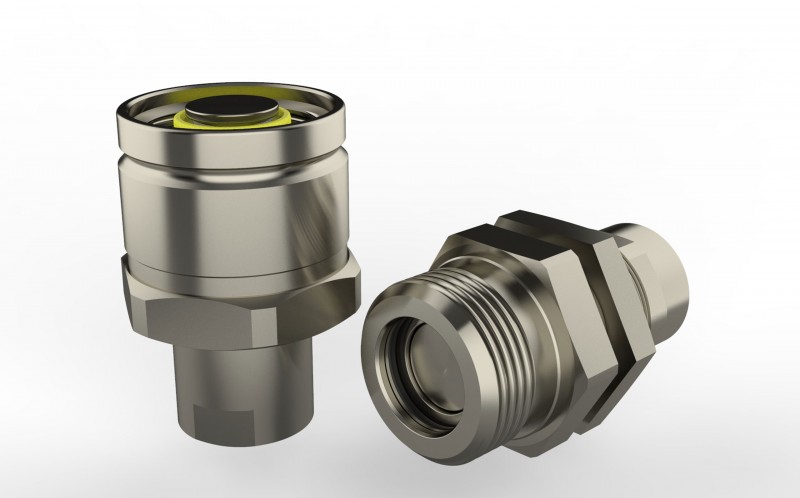 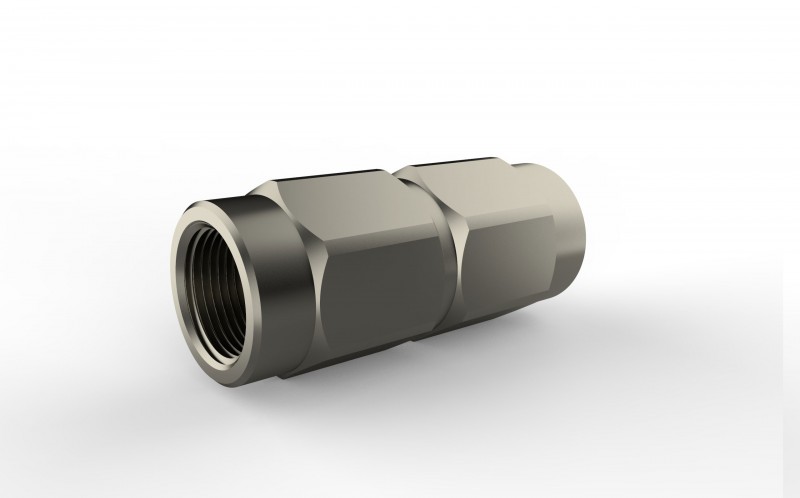 Inteva was founded in 1987, focused in the production of a well performed range of Quick Couplings, Screw Couplings, Ball Valves and Check Valves according to international standards.
This medium sized family business in its 30 Years experience is the biggest manufacturer in Spain, developing and producing reliable quality products for multiple application fields being exported to 67 countries worldwide.
The manufacturing, assembly plant and warehouse based in the north of Barcelona with over 7.500m2 area, is the Headquarter of the 100% in-house designed and manufactured products, keeping all processes under control to guarantee an accurate production.
Modern machinery park, high skilled engineering department throughout a constant investment in technology, software, staff trainings and testing procedures enable us to develop a reliable and efficient production keeping competitiveness to meet customers satisfaction grade while creating values.
Inteva’s main products are as follows: Screw Couplings – Designed to withstand hydraulic surge pressure.
Quick Couplings – Designed to connect or break the fluid application.
Ball Valves – A wide variety of threaded ball valves such as BSP, NPTF, Metric, SAE connections.
Check valves – They are designed to prevent possible damage caused by fluid back pressure.

Founded in 1966 in Japan, Nagahori Industry Co. Ltd. is a leading manufacturer of quick couplings, impact sockets and screwdriver bits. The high quality of “NAC” branded products has been proven by many years of experience and will improve your pipe fitting or screw / bolt tightening work.
Quick fittings are a bypass for piping in various machines and devices.
It functions as the terminal of the liquid pipes: connection, switch, disconnect and stop.
Nagahori’s high quality quick couplers are widely used in homes, factories, construction, biotech industry and other advanced industrial areas. 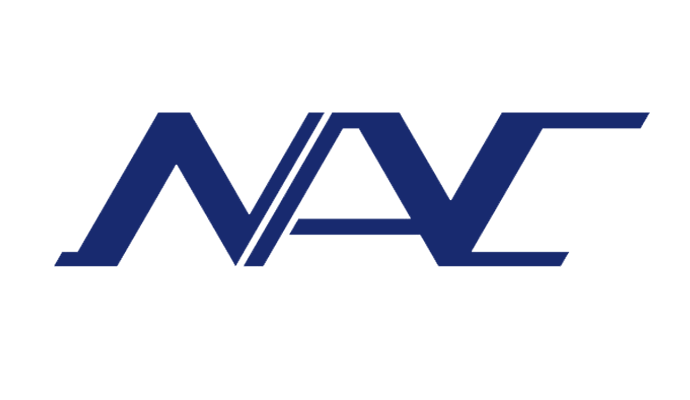 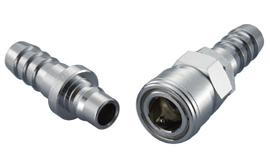 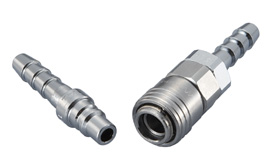 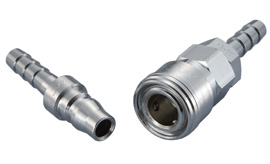 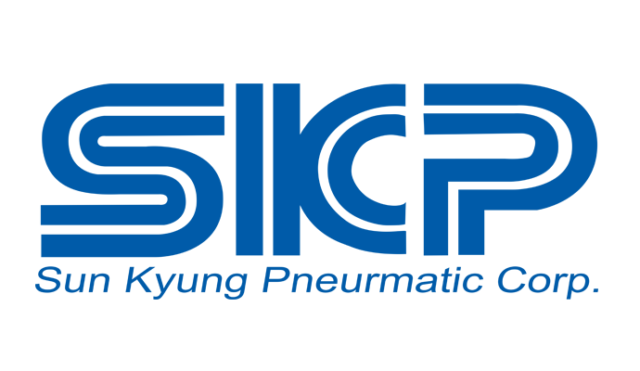 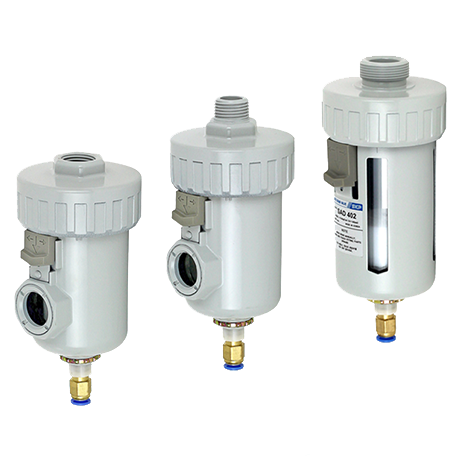 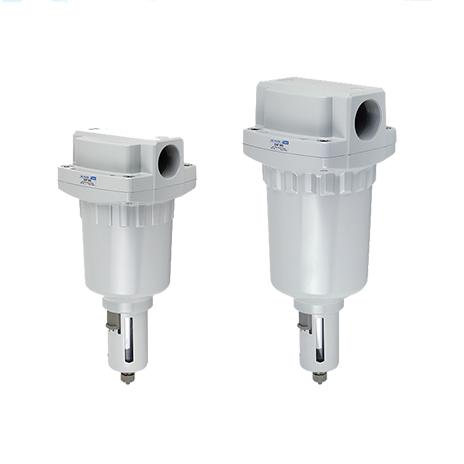 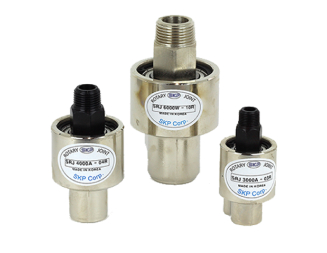 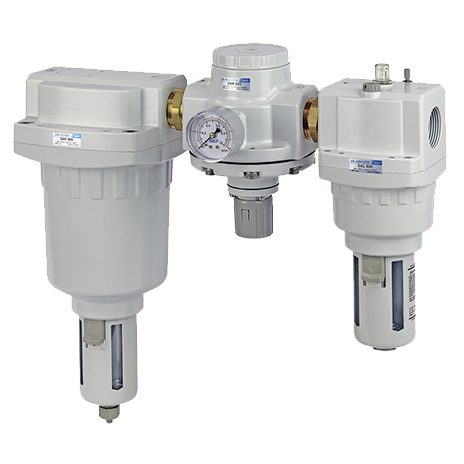 Since starting its business as Sunkyung Pneumatics in 1987 in South Korea, SKP Corporation has focused on the manufacture and development of pneumatic equipment, a component that pioneers the efficient and safe use of automation equipment.
SKP Corporation manufactures cleaning equipment such as micro-separators and filters, pneumatic accessories including air units, and directional controllers including solenoid valves. SKP Corporation aims to increase quality through the continuous development of products and various accessories that facilitate and encourage the use of such products.
SKP Corporation always makes every effort to improve products and improve their quality. Considering that when the product quality rises one step further, SKP continuously researches and makes every effort to produce better, more advanced and new products, useful and safe products.